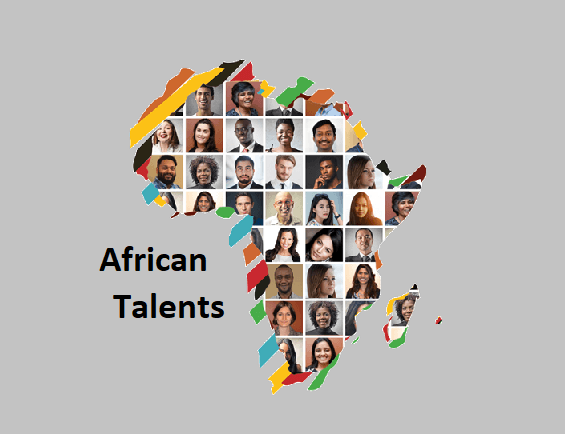 The African expatriates at Talenteum

Whether physically or through a local partnership, Talenteum, the leader of remote work is based in several African countries. These include Madagascar, the Ivory Coast, but also Mauritius. It’s on the latter that our head office is located. Talenteum is leading its operations from Mauritius - a strategic decision in terms of infrastructure and regional proximity.

We do not hesitate to fly talents from continental Africa to work remotely from our headquarters in Mauritius. Some of our clients prefer that their collaborators operate from Talenteum’s premises because the company guarantees a certain level of equipment and structure that is conducive to fluid and sustained "remote work". Without further ado, let’s introduce you to some of our stars from various African countries.

Zoom in on Ricky, Chinedu, Arnaud, Nadia and Olak - who were not afraid to leave their home countries to be at the heart of Talenteum.

Arnaud, 29, is a Java Development Engineer working for a European company at Talenteum. This talent who has a Bachelor's degree in Computer Engineering left Cameroon, his native country, to join the Talenteum head office two years ago.

"A friend of mine discovered Talenteum’s platform online and recommended that I sign up. I signed up on the platform in July 2018. My application immediately caught the eye of a Talenteum recruiter, who called me immediately. Then I also had an interview with the Project Manager - for the developer position. I passed the technical tests and then we agreed on the practicalities... HR also sent me a list of documents to ppare for the work permit", he explains.

Arnaud had never set foot in Mauritius. He recalls that once he was there, the team gave him a warm welcome. "I have to admit that the team was quite welcoming... I was the first expatriate Talenteum brought in from mainland Africa," he declares.

As for obtaining his work permit, Arnaud says: "Talenteum's HR helped me with the procedure. It is relatively simple when you have all the required documents. I got my license about 4 weeks later."

According to him, there is a lot of talent in Cameroon, but the lack of visibility and support hinders their potential success. "There’s the lack of access to the internet, but not only. Above all, there’s this myth : that clients think that a guy from black Africa cannot have the same skills as a recruit in Europe or the United States," he argues.

Arnaud feels good at Talenteum. "I recommend Talenteum to Cameroonians because the company offers the opportunity for talent to open their horizons, to gain international experience... On the technical side, they will be able to develop their abilities by integrating teams with different technological stacks than those commonly used in Cameroon and learn new ways of working. On a human level, they will discover new cultures - which is also rewarding," he points out.

Holder of a Master's degree in Computer Science (Bac 5) Ricky, 28, was still living in his native Madagascar when he was spotted by Talenteum - which was looking for a position as a Test Automation Engineer for a French Telecommunications company.

"In late April 2019, a Talenteum recruiter contacted me on LinkedIn. He asked me to send my CV - which I did. He explained to me that there was a position matching my profile. Subsequently, I had telephone interviews, one with Human Resources and the other, with a software architect. Then I did some technical tests. After a week of waiting, Talenteum told me that I had landed the job. They was called to confirm the information needed to organise my trip," he says.

A few weeks later, Ricky flew to Mauritius. "Talenteum booked my plane ticket, sent a taxi to pick me up from the airport in Mauritius and placed me in temporary accommodation - until I found my own place", he states.

Ricky says that while his integration took some time logistically at Talenteum, he adapted quite quickly and made friends in different teams.

The application to obtain a work permit requested travel to the Immigration office in Port-Louis, the capital of Mauritius. The procedure requires the psentation of various documents, icluding the results of medical tests. Ricky obtained his work permit within a few months, and after other applications, he also received the Temporary Residence permit so that his wife and son could join him in Mauritius.

The young man and his small family are now well settled. Ricky, who had already worked in Mauritius in 2016 - before Talenteum, has no regrets about coming back.

"The unemployment rate is very high in Madagascar. Work is poorly paid. There are many universities, but amongst them, there are only a few good institutions and they are expensive. But then, if it's to work in Madagascar, it's not worth it. For white collar occupations, it is better to go abroad. Many of them do so in my country. For instance, in Computer Science, my field, I would say there are only 10% who stay in Madagascar," he explains.

Why does he like working at Talenteum? "The freedom. I can afford to work wherever I want. One just needs a good internet connection," Ricky claims. He adds that in Madagascar, it would be difficult because the cost of a high-speed internet connection is very high.

With a Bachelor's degree in IT & Business Information Systems and post-graduate diploma in Computer Networks & Network Design, Chinedu is also Test Automation Engineer. At Talenteum, he works for a event software company based in Europe. The 28-year-old left Nigeria in 2016 to study at Middlesex University in Mauritius.

Chinedu was contacted by Talenteum in August 2019. "It happened on LinkedIn. A recruiter contacted me. At the time, I was alternating studies and work, on a student visa," he says.

After passing the necessary interviews and tests, the young man is quickly hired by Talenteum.

"It was easy. My integration at Talenteum went fine. We're very compatible in my team. The atmosphere is lively and fun. Everyone has their job but that doesn't stop us from having a laugh", he affirms.

Regarding work in Nigeria and Mauritius, Chinedu indicates minimal differences. "In Nigeria, we work from 8 a.m. to 4 p.m. from Monday to Thursday and Fridays often from 8 a.m. to noon. In Mauritius, it's more like 40 hours per week... It’s flexible at Talenteum. For example, I can wear a t-shirt at work. However, in Nigeria it would be frowned upon. At Talenteum, what's important is the quality of our work, and there are no barriers as to where we work," he maintains.

Chinedu is now married to a Mauritian and holds the Permanent Residence permit. However, he points out that he had to obtain a work permit despite this status. "It is an obligation under the new labour law in Mauritius... But there were no problems obtaining my work permit for Talenteum," he says.

What about Nigeria? "There is a lot of unemployment in my home country - with a population of about 200 million. Those who have studied at an anglophone university (British, American or Canadian) can find work in Nigeria. There are graduates especially in IT, Business, Accounting and Economics... But if one wants to have better opportunities, to be better paid, one has to look elsewhere," declares Chinedu. He adds that those who wish to do remote work for Talenteum must absolutely have a stable internet connection -and that’s not available to everyone in Nigeria.

Born in Nigeria, he hasn't lived there for 7 years. Olak, 28, graduated in Software Engineering and IT & Business Information Systems and studied in England for a while before continuing his studies in Mauritius at Middlesex University, as did Chinedu. After his studies in 2014, Olak found work as a freelancer and remained in Mauritius.

In 2017, when he had just finished a project, it was Nicolas Goldstein, co-founder of Talenteum, who called him about a DevOps Engineer position - working for a French company in telecommunications.

"I was recommended to him by a common acquaintance. Nicolas invited me to an interview and following that I was recruited," he says.

At Talenteum, Olak adapted very quickly. "I really had the best integration possible. My colleagues gave me a warm welcome, they patiently guided me through every step of the way. The client supported me as well. I was the only one who did not speak French in my team. So everyone made an effort around me," he states.

Olak attests that the process to obtain a work permit went rather well for him. "I got my first work permit in 2017, and as the expiry was approaching in late 2019, I just applied to the Immigration office to renew it... and all good, the renewal was confirmed in January this year," he explains.

Having not lived in Nigeria for years, Olak is not aware of the current labour market situation in his home country. Nevertheless, he remembers that in 2013 the conditions were already not very good. He cites the lack of infrastructure required to work optimally. For example, power outages and internet connection problems. "In Mauritius, living conditions are better and we are paid more," he affirms.

Olak is delighted to be working at Talenteum. "It's fantastic because working with these foreign companies builds international experience and Talenteum offers all the tools to work in flexibility, comfort and safety," he comments.

Nadia also experienced leaving her country to work at Talenteum in March 2019.
At the age of 28, she holds a Master's degree in Computer Science and Applied Statistics; and remotely carries out the tasks of a Quality Assurance Analyst for a French company specialised in Management software editor for associations.

"I was looking for a job in Mauritius when I saw an offer [for a job in this company] on LinkedIn. I contacted the person who put the ad, was invited to an interview and got the job. So I came to Mauritius to work for this client at Talenteum," says Nadia.

Nadia's adaptation to her new team was smooth. "It was nice there were people already working for this client at Talenteum. I was in touch with them from Madagascar, so when we met in person, it was easy," she declares.

The communication with the client was well established from the start. "Since I was new, we had calls every day [with the client] to find out what had already been done and what was left to do " she states.

Nadia likes the flexibility of remote work. "It helped a lot, especially in the beginning - where simultaneously, I also had to take care of my children. At the time, they were very young, and I did not know back then who could look after them or where I could place them. So it was great to be able to work remotely," she explains.

In Mauritius, Nadia also enjoyed discovering other cultures, other lifestyles and different cuisines... According to her, Mauritians are welcoming and friendly.

The young woman still encountered some small obstacles while settling in Mauritius. Notably, concerning the arrival and departure dates of the plane tickets purchased by the client, organising transport in her first days in Mauritius and the procedures for her work permit. Fortunately, these issues were resolved as quickly as possible.

Today, Nadia has returned to Madagascar, from where she still works with her client and Talenteum. Like Ricky, she states that there are many young graduates in her country, but few opportunities. She recommends Talenteum to her people. "At Talenteum, one doesn’t really feel like in a big company where there's the big boss - and employees are on an inferior level... One feels on equal footing with everyone and is at ease in the workplace," she concludes.