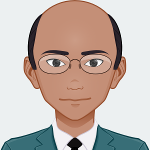 Level of experience : Between 5 years and 10 years

I have been involved in deployment of green field telecom projects in Asia and Mauritius. My career started with Emtel, as a Core Network Engineer (CS and PS domain), before joining the startup of Bharat Telecom, which is an ISP deploying FTTH solutions. Later on I moved to Myanmar to work with Ooredoo as Data Center Operations Manager, to ensure smooth running of data center operations after build phase is completed and data centers are handed over to operations team. Subsequently i joined Emerson Network Power (now Vertiv) as a Service Manager to ensure proper roll out of data centers and transition to operations. My next career move took me to the Sultanate of Brunei Darussalam, where I joined as Configuration Manager at Progresif Cellular, also acting as Network Operations Manager, contributing in the setting up of a Network Operations Center and ensuring the skilling up of employees. At the end of my contract i returned to Mauritius and joined Orange Business Services, where I am still working as an Network Operations Manager.

Create your space to view the profile

Create your space
Already a member? Log in here